With JavaScript, you can easily load 3rd libraries in relative path or even web repository. We have an article on that:

With Python, typically we run a setup to install the modules and the dependent modules this module relies on. As we have known, Fusion 360 builds a Python environment at
%AppData%/Local/webdeploy\production\<GUID of one main release>\Python.

In theory, you could setup your modules there. They will be deployed to \Python\Lib\site-packages\. The Python/lib folder is set to the system path on Fusion startup, so any packages located there should be found when imported from any script.

However, when Fusion is updated, it might update something of Python environment, particularly when it is a major release or even Fusion upgrades to a new version of Python. So there is a possibility that your script/add-in would not work because of the update. If you prefer to setup with the typical way, you will have to be at your own risk. The below is a forum post where our expert shared more detail comments:

Then, what you can do without typical way? 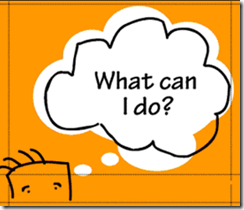 Since Fusion builds the Python environment, you can actually also use relative path to import the modules dynamically. So, put your modules in the folder of your script /add-in and write some lines at the top of the codes.

e.g. I am practicing Socket.IO with Fusion, so I firstly downloaded the package from  and copied the folder socketIO_client in my add-in path. Then, in my script, I tried to import it

you might agree, life is so beautiful exactly because it is not so smoothly sometimes and we enjoy how to overcome the frustration

with the code above, I got errors. It said, other modules are missing. Checking the setup.py,  I found it indicates the required modules which are not available with Python Libs of Fusion.

So I need to download them and copy to my add-in path. Of course, I can run setup.py to let the code to download automatically and take the modules. but, even though I copied them, it still threw an error below. I scratched my head for a bit long time. In the meantime, I started to realize it is not an elegant way to debug in Fusion to check the issue of importing only. This is because Fusion does not provide detail information about an error. It is just a superficial information which would not be helpful.

So, I thought of testing importing by Python environment. I created a separate Python file and copied it to C:\temp. In this file, some lines are like:

then, in command line of OS, switch to Python environment at

Now, it shows more detail about the error, which clearly tells which file popped out the error. By this clue, I finally addressed the dependent modules and the importing works now. In fact, it was just a mistake how I put the module of six. 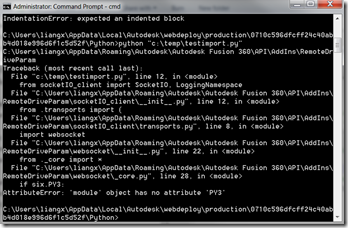 Each type of dimension might provide information in a different way. So the easiest way to get familiar with what's available is if you select the entity in the UI and investigate it in VBA: Discover object model

Here is a VBA sample that will highlight all the points available in case of a TwoLineAngleDimConstraint by creating temporary SketchPoints.

These are all the points showing: Once you got these points you could also measure the distance between them or do other calculations using the Inventor API.

You can add prompted text to a title block or border by placing instances of  "Prompted Entry" in them: 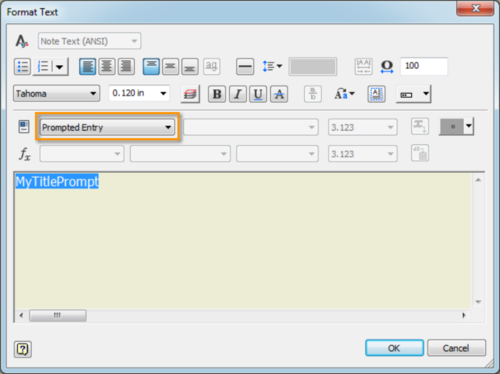 When you are inserting such a title block or border (or a new sheet with one of those) then you'll be prompted with a dialog called "Prompted Texts" to provide the values for them: 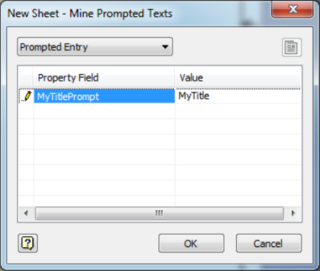 The Inventor API help file has a sample for setting the Prompted Entry's inside the Sheet.AddTitleBlock function. You have to use the other two functions in a similar fashion.

If you want to do things dynamically, i.e. your function is supposed to work with multiple different title block and border definitions and you have to check what Prompted Entry's they contain, then this blog post will help.

In my drawing the active sheet has my custom title block and border: 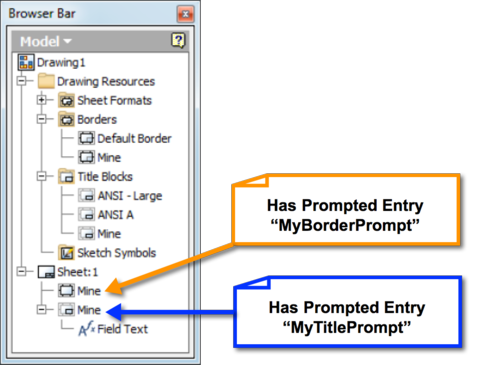 This VBA code can create a new sheet with the same title block and border that the active sheet has, without Inventor popping up the "Prompted Texts" dialog:

There are multiple ways of dealing with moving and renaming Inventor documents and updating the references to them; so that all the relevant files can be found when your design is opened in Inventor.

Available in Inventor and Apprentice

This requires that the file originally referenced will have the same ancestry as the new file the reference is being changed to. So the files do not have to be exactly the same: the new file could be a modified version of the original.

Note: This does not seems to work well in all scenarios. E.g. in case of special assembly components like Cable & Harness assembly's part component, it won't work. Also, inside Apprentice you cannot save a file that needs migration (ApprenticeServerDocument.NeedsMigrating = true)

Available in Apprentice only

This functionality helps you change the name and path of a file and also updates all the references to it. Obviously, in this case the original file and the newly saved file will be exactly the same. Maybe that's why it's more robust and seems to work with any files.

The "Copy Design" sample of the Inventor SDK shows how to use it: "C:\Users\Public\Documents\Autodesk\Inventor 2016\SDK\UserTools\CopyDesign" (you have to install "usertools.msi" first)

Available in Inventor only

If Inventor cannot find a file when your document is opened then it will pop up a "Resolve Link" dialog. 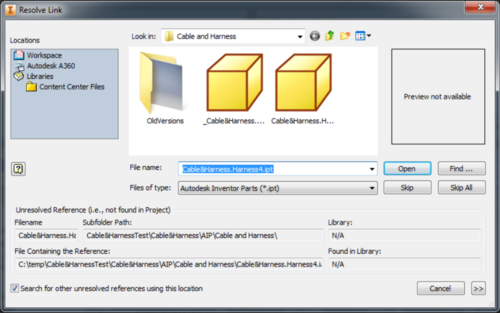 Its API equivalent is the call to the OnFileResolution event of the FileAccessEvents object. This event fires for all the files that Inventor needs, even if the referenced files were not moved or renamed. This also seems to work for all documents.