Get edge in derived part that drives work point

You may have a part with some work points that show important places in the model. When you derive another part from that model you can also import those work points. 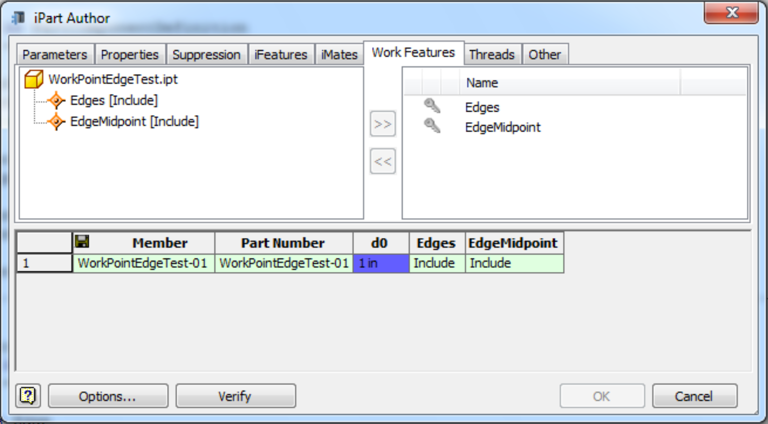 If the edges that the work point is based on are important to you for some reason then how can you get to them in the derived part (e.g. an iPart instance)? Unfortunately, there is no direct way to do that. 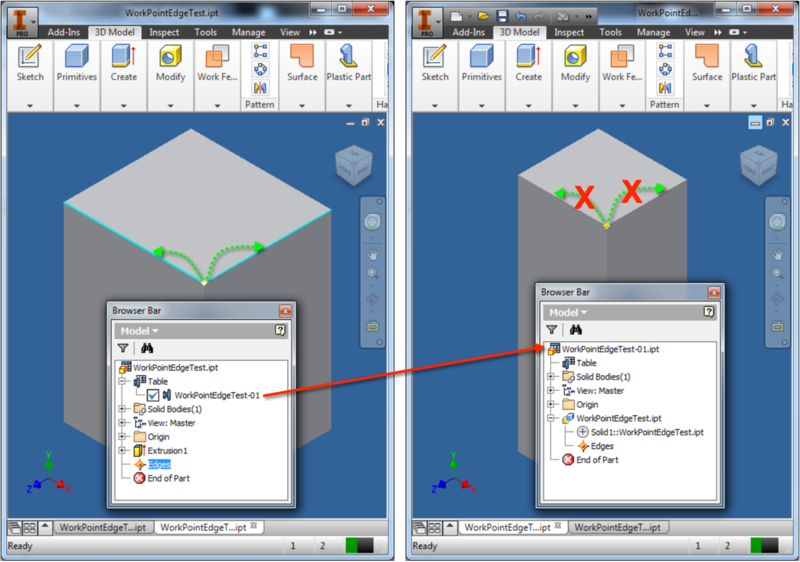 In case of a Face entity residing in the derived part we can get to the original Face that is in the base part using its ReferencedEntity property. So at least we have a one way connection between the original face and the one inside the derived part. That's not the case with the Edge entity.

So if you have a derived part that imports a work point that is based on edges in the original model, then using this code you can find the corresponding edge in the derived part: 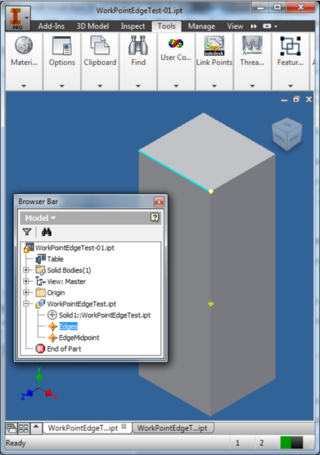 It is possible to access and get information from virtual parts in an assembly using Apprentice.  It’s basically the same as in Inventor with a slight difference because all of the same types aren’t defined within Apprentice. Rather than go through a lengthy discussion, here’s some VB.NET code that demonstrates getting iProperties from an assembly and correctly handling virtual components.

' Call the function to get the properties.
Call ShowProperties(virtualDef.PropertySets)
Else
' Get the associated document since this is what
' provides access to the property sets.
Dim refDoc As ApprenticeServerDocument
refDoc = def.Document

' Call the function to get the properties.
Call ShowProperties(refDoc.PropertySets)
End If
Next
End Sub

Get sketch block the derived part's geometry is based on 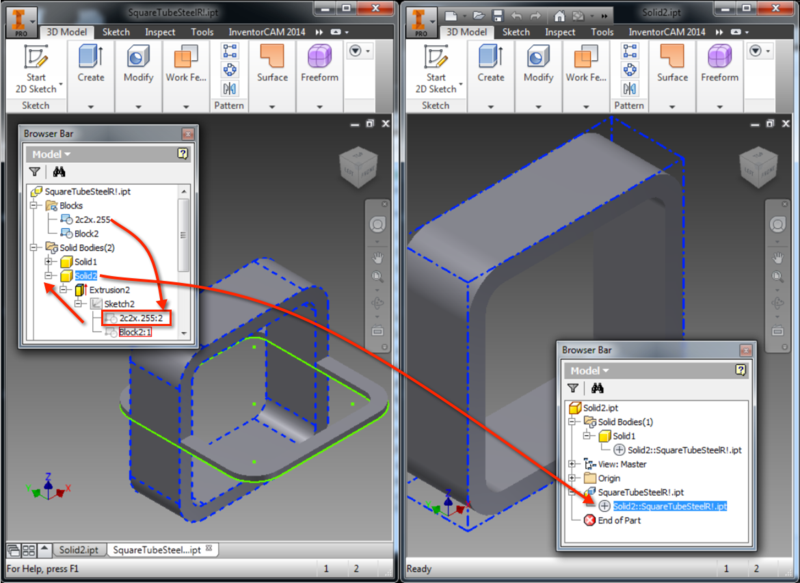 If he have the above model then this is how we get from the basic geometry to the solid model in the derived part. We start with the SketchBlockDefinition (2c2x.255) inside our PartDocument (SquareTubeSteelR!.ipt), an instance of which we place inside a PlanarSketch (Sketch2). Then based on that a Profile is created that is used by the ExtrudeFeature (Extrusion2) and that generates a SurfaceBody (Solid2). Now we derived another part from it (Solid2.ipt) and imported that solid from the model and got the SurfaceBody (Solid1) in the derived part.

As always, it's very useful to select various entities in the UI and then poke around in the VBA Watches window to see their properties: http://adndevblog.typepad.com/manufacturing/2013/10/discover-object-model.html

Now we are inside the original part (SquareTubeSteelR!.ipt) and can drill down further. We can find out what feature created the SurfaceBody through CreatedByFeature, then get the Profile that the feature used. That will give back the SketchEntity's that it is based on, and from their ContainingSketchBlock property we can tell if they originally came from an instance of a SketchBlockDefinition.

Here is a sample VBA code. If we did not know how exactly the model is built up we'd need many more if/else blocks. Run this inside the derived part (Solid2.ipt in our case)

DevDays 2014 in 16 cities November through January

Got great ideas for cloud and mobile apps?  Want to know where Autodesk is going with cloud, mobile, desktop and other innovative technologies to grow its business in the near and longer term?  Join us at DevDays 2014 to learn how you can take advantage of new technologies to grow your business reach by a multiple of ten. 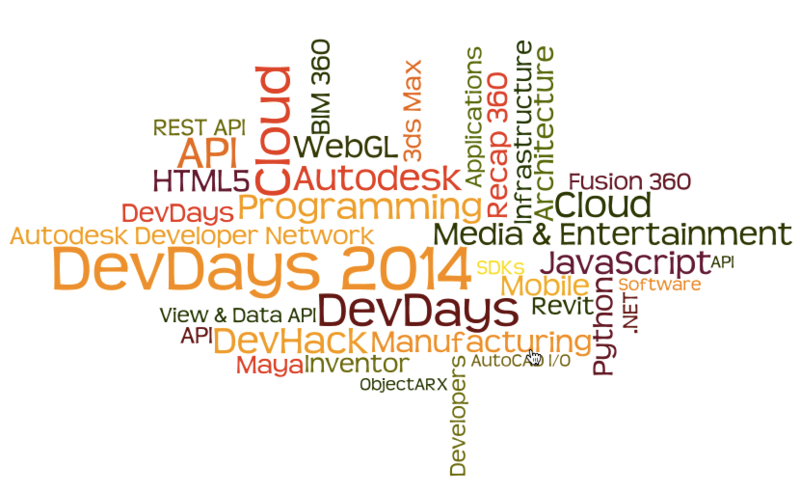 Serious error: adskassetapi_new-5_2.dll does not exist

After installing Inventor 2015 and running your program that uses apprentice to access e.g. the ActiveRenderStyle property of the document, you might get this message: "Serious error" / "Library C:\Program Files\Autodesk\Inventor 2015\Bin\bin32\adskassetapi_new-5_2.dll does not exist"

This problem only seems to occur after installing Inventor 2015 if:
- you are trying to use apprentice from a 32 bit process on a 64 bit OS, and
- the document you have opened in apprentice has not been migrated to 2015 yet: i.e. ApprenticeServerDocument.NeedsMigrating = True, and
- you are calling functions which are affected by the issue, or you are using the viewer component

If you have only Inventor View 2015 installed, that should be working fine.

It seems that the issue is caused by not having 2 of the 32 bit dll's installed in the appropriate folder:
libeay32_Ad_1.dll and ssleay32_Ad_1.dll - attached here:  Download Modules_x32

If you place the two 32 bit dlls inside the C:\Program Files\Autodesk\Inventor 2015\Bin\Bin32 folder then this should solve the problem.

If an image file was inserted into a drawing's title block with the "LINK" option and the file got moved or deleted, then when you try to edit the title block definition you get this dialog: You can remove those images programmatically as well. Here is a VBA code that does this: