This question came from Jens Dorstewitz: how access the P3dLineGroup of a given Plant 3D pipe? To clarify, below is the project properties with the table we’re looking for. To answer we have a problem: this information is not part of the properties of the pipe, but in fact stored somewhere else. So we need to understand the relationships of Plant 3D database.

There are a few steps: (1) from a Pipe ObjectId, use the Data Links Manager to get the RowId and (2) using the Plant 3D database, open and search at the P3dLineGroupPartRelationship table for a row where Part equals this RowId. With this row, (3) get the LineGroup column that will be the RowId of the line group we need. Finally (4) open the P3dLineGroup table and get the row we need. This row can be edited.

Actually Jens Dorstewitz (thanks again) wrote a sample based on this idea, below is an simplified version of it. Enjoy.

Including fonts and other files using eTransmit API

Recently one of my colleague from Product support enquired if it was possible to find fonts and shape files included in a drawing using the eTransmit API. To configure what gets included as dependents when a drawing is added to the TransmittalOperation, it is required to setup the TransmittalInfo.

Here is a sample code that should also fetch the fonts and shape files associated with a drawing using e-Transmit API :

You may have given a try already at the very cool async .Net 4.5 feature.

When displaying a form inside an async AutoCAD 2015 command, it happens that the synchronization context is not restored properly after closing the form, which provoke some undesirable behavior, for example the output of Editor.WriteMesage not being displayed in the command line.

A simple way to work around it is to save the current context prior to show the form and reset it once it closes.

An example of what I’m talking about just below:

In the recently concluded Apps Hackathon, DevTech teams worked on different cloud and mobile based projects of their choice. The DevTech team in India chose to work on an image edge detection web service by creating a Microsoft Azure Webrole that exposes REST API and to create an Android client for it to display the edges. In this blog post, we are sharing the work that we did. Most of the webrole had already been created as a hobby project and a significant portion of the work during the Apps Hackathon went into consuming the web service in an Android OpenGL ES project. 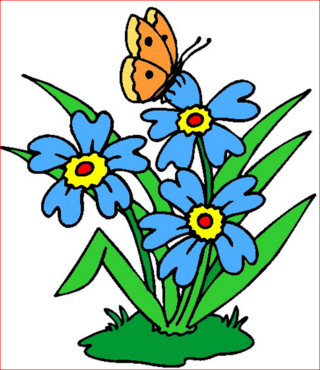 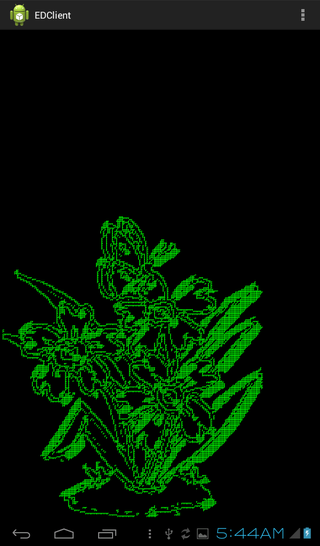 As a basis for the algorithm needed for image edge detection, we converted the code from this excellent blog post into a Azure web role and provided REST access to it.

The Azure webrole project, android client project, a sample image and a screenshot of the output in an Android tablet can be downloaded here :

Here are some details about the files provided for download :

EDServiceAzureWebRole.zip includes source code for a Azure web role that does edge detection of images and provides output as lines. Canny edge detection algorithm as implemented in the blog post is used as a basis for this web service. REST API has been provided to upload an image and get access to the edge detected output. Here are some details about the webrole.

The REST API exposed by the web role are :

A sample edge information obtained for a dataset is provided in "DS1.ogl" file.

Uploads the image as a JSON data represented by "ImageData" class.

Please refer to IEDService.cs for the contents of ImageData class that represents an image

Clears the dataset identified by the id. If you no longer need the edge detected image to be stored at the server, this will help clear it.

DS1.ogl : A sample file that contains the edge information as obtained for the sample image from the webrole. This sample data is used in the Android application for display.

EDAndroidClient.zip includes an Android project that uses OpenGL ES 2.0 for displaying the edges as obtained from the webrole.

SampleImage.png : A sample image that was uploaded to the Webrole for edge detection. The edges were displayed in an Android application using OpenGL ES 2.0

Screenshot_AndroidClientOutput.png : A screenshot of the Android client as it displays the edges as obtained from the webrole.

One of the enhancements in AutoCAD OEM 2015 is the support for custom system variables. 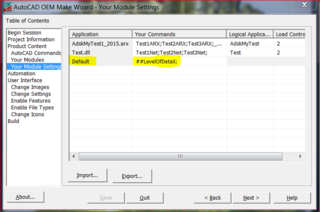 The Autodesk Exchange Apps Hackathon event is over. We have received more than 180 Apps as part of this event.

On behalf of the Autodesk Developer Network (ADN) team I’d like to say a big “thank you” to all the publishers who has registered and submitted Apps to Autodesk exchange store.

Here is a code snippet :